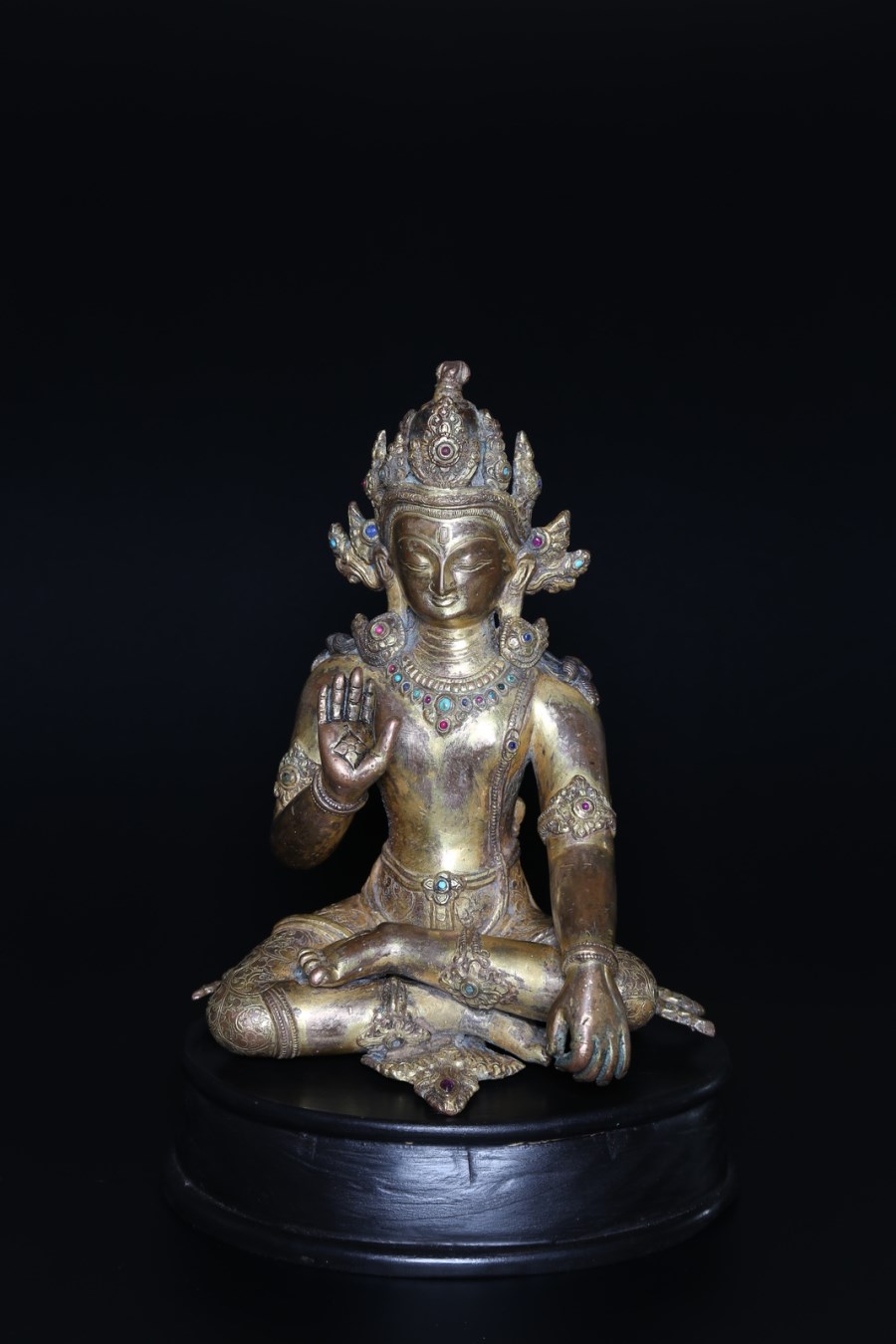 This important bronze fusion statue shows many gilt remains. It probably depicts White Tara, Sita Tara (Sgrol-Dkar) in the typical style of Malla period. The imposing figure wears exquisitely decorated bracelets, necklaces and crowns. She sits in paryanka position, she has the third eye and she also has four lotus on the palm of her hands and feet. Behind her left arm there is a niche that probably should have held a lotus with its steam, which unfortunately was lost. And that's precisely for this detail that this statue almost certainly portrays White Tara, because many other similar figures, but without the rear niche, have been identified as the transcendent Buddha Amoghasiddhi (Don-yod.grub-pa). For a similar object, check out the one sold by Christie's in 2013 (Sale 2687, lot 404).

The lot will be auctioned on 11 dicembre starting from 12:00.

How can I bid?

Do you own a work of Arte Himalayana and want to sell it?

The department of ARTE ORIENTALE E ISLAMICA select works of art by the artist to be included in the next auction.

How does valuation work?
Why choose us?

Our experts are always on hand to carry out free and confidential valuations.

Choose one of the following procedures:

Other similar lots at auction

By subscribing to the Capitolium Art Newsletter, you receive free and directly all the news on our activities and events.