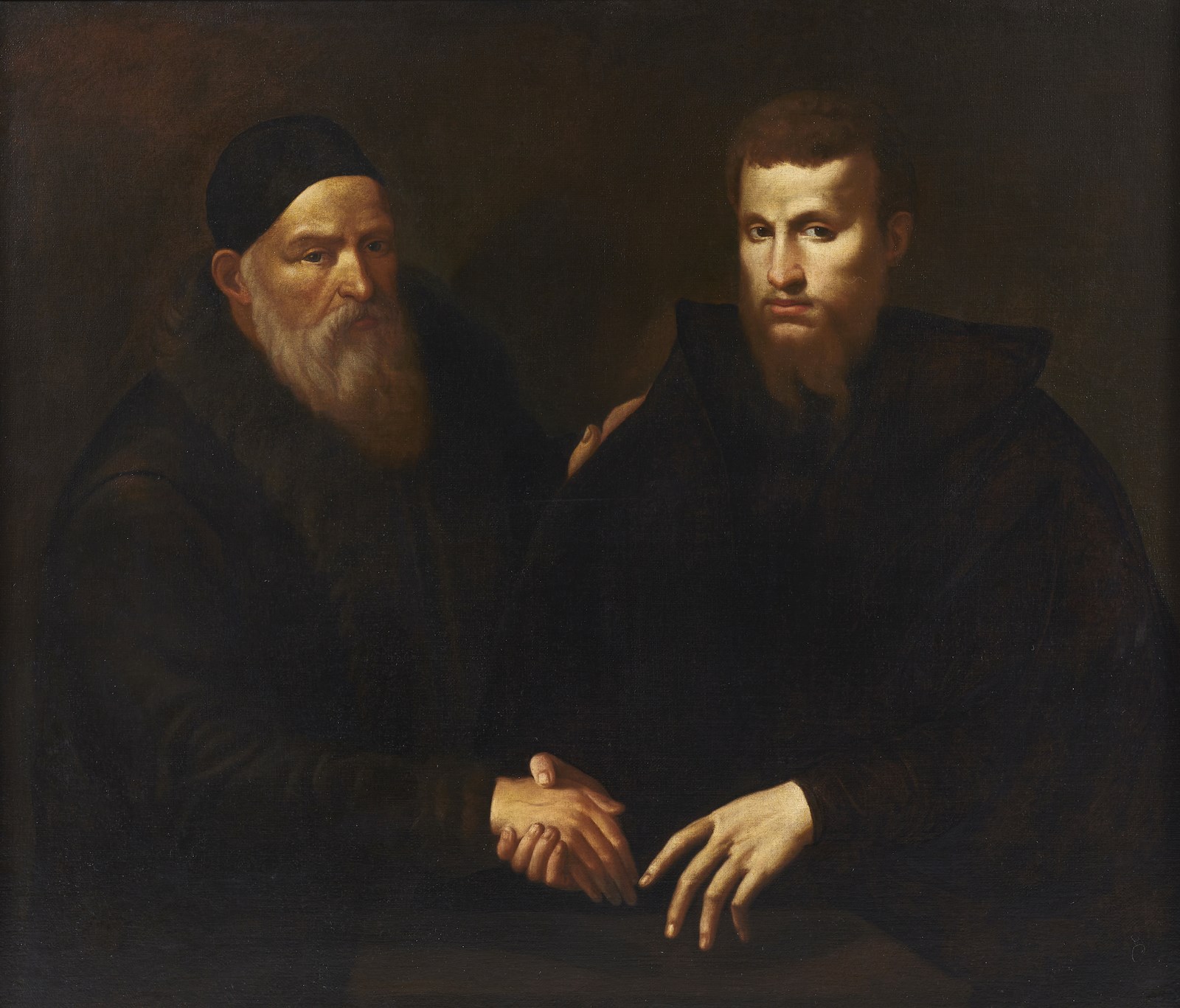 Jan Stephan Van Calcar was born in 1499 in the Duchy of Cleves. Vasari counts him among the students of Titian, in whose school he entered in 1536, where he was accepted after seeing the accurate copies of the master’s works. Calcar worked first in Dordrecht, but spent much of his life in Naples, and there, as Vasari says, "the most beautiful hopes had been conceived respecting his future progress".
Giorgio Vasari, and not only, attributes to Calcar the eleven large woodcut illustrations of anatomical studies that accompanied the work of Andreas Vesalius. The most notable is the anatomical study of the human body entitled De humani corporis fabrica libri septem (1543).
It is likely that he also drew portraits of the artists in the first edition of the Lives of Vasari.
He was also a great imitator of Giorgione, in fact those who write about him join in saying that his imitations of the great Venetian artists, and also of Raphael, were so extraordinary to deceive many critics of the time.

The lot will be auctioned on 13 dicembre starting from 14:00.

How can I bid?

The department of ARTE ANTICA E DEL XIX SECOLO select works of art by the artist to be included in the next auction.

How does valuation work?
Why choose us?

Our experts are always on hand to carry out free and confidential valuations.

Choose one of the following procedures:

Other similar lots at auction

Portrait of a gentleman